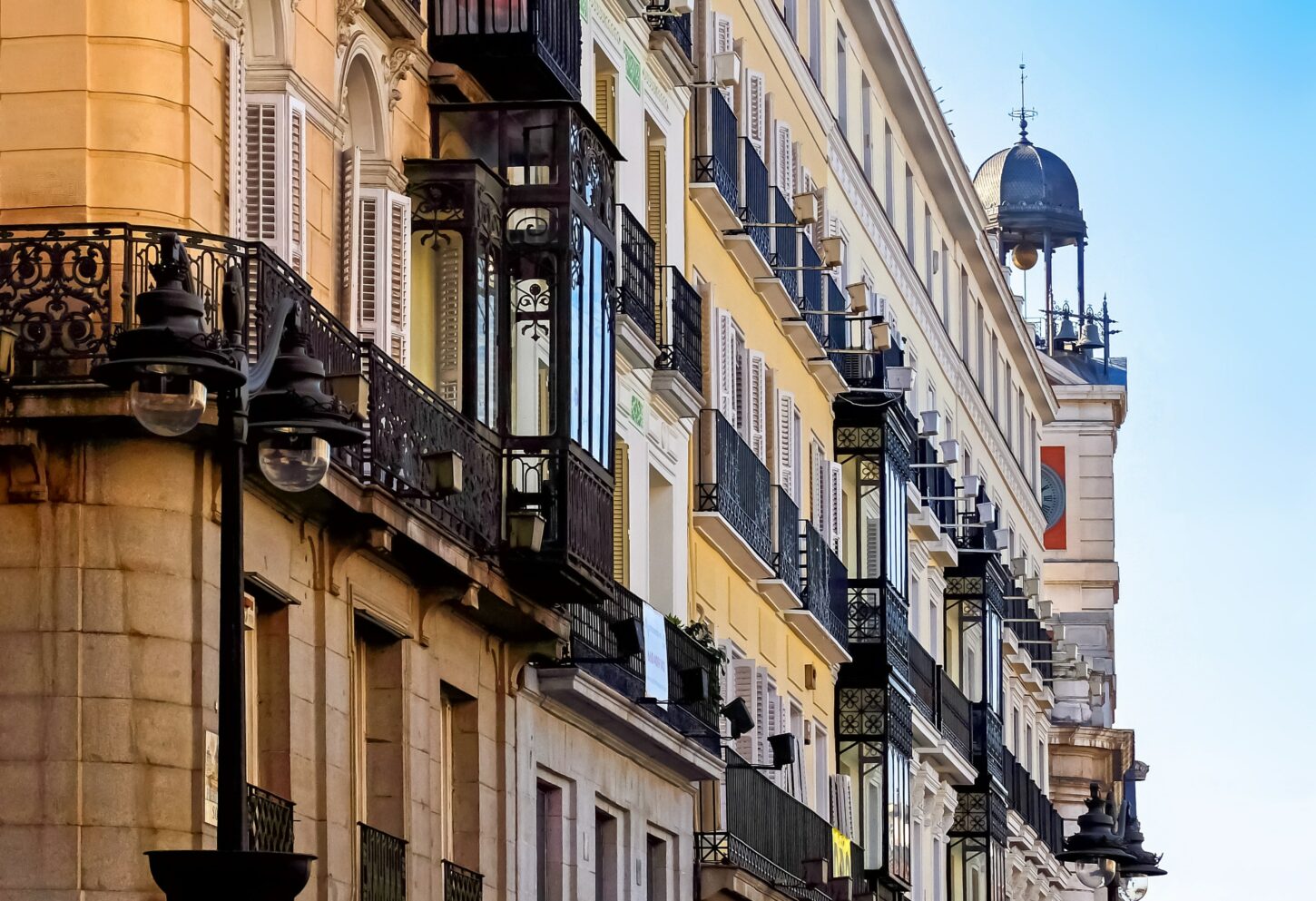 To celebrate the imminent opening of our new and exclusive range of luxury student studios at Collegiate Aravaca Madrid, we have been busy getting under the skin of what is one of the most fascinating cities in the world, Madrid.

In the first of a series of great guides to some of Spain’s best cities, such as Madrid, Barcelona, and Valencia, we introduce you to eight things we bet you didn’t know about Spain’s buzzing capital, as well as the best things to do in Madrid and the best of the city’s attractions.

One of the most interesting facts we’ve discovered about Madrid, is that it is actually the third biggest city in the entire European Union. This statistic will shortly change when the UK leaves (London’s the biggest city in the EU!), leaving Madrid in second place only behind Berlin with a staggering population of 3.1 million people; this is the same as the entire population of Armenia.

1992 was a pretty great year for Spanish culture. Not only did Barcelona host the summer Olympics, but Madrid was awarded the much-coveted European Capital of Culture Award, which should come as no surprise to anyone who has been there before.

Although this title changes every few years, there can be little argument over the fact that Madrid still is a cultural capital of Europe.

Madrid’s overwhelming museums, such as the Prado Museum or the Reina Sofia Museum of Modern Art, will undoubtedly win you over but this city will inspire you on so many other levels – you just have to get out and explore!

It may surprise you to know that, when the Roman Empire spread through Europe, there was no sign of Madrid whatsoever. The area was hardly inhabited at all and it wasn’t until the Arabic rule of Cordoba under Muhammad I that the area developed into a fortress with growing importance.

It’s fair to say that the Madrid we know and love today grew from strength to strength from a military defence-post in the Castilian mountains – no doubt thanks to the vantage point it provided over the valley and also its proximity to the Manzanares River.

The bear & the tree

You may well have seen Madrid’s coat of arms if you have been to the city before. If not, make sure you look out for its very ornate coat of arms with a bear and a tree, which is standing broad and clear in the middle of Puerta del Sol.

The bear represents the council of Madrid and has done so since 1212 and the tree was added around a decade later as a symbol to a treaty which settled a dispute that had taken place between clergymen and the council regarding the city’s wooded areas. Fascinating!

When compared with other Spanish cities, people often remark on how Madrid can be chilly at night and especially during the winter; there is a very good reason for this. Although there are palm trees and hot sunny weather much of the time, the fact that the city lies 667 metres above sea level (700 metres in places) means that temperatures can drop quite significantly.

The nearby mountains also contribute to this and you will often feel dry, clean but ultimately cooler air blowing around the city. Don’t be surprised to see sub-zero temperatures during the winter months, so be sure to pack some jumpers.

Madrid is a state

Much like New York in the USA, Madrid is not just a city but also one of the 17 autonomous states of Spain. This was intended to assist the centralised government back in the day when they were set up but today, Madrid has its own administrative powers.

The Community of Madrid is around 8,000 km2 and has a population of over 6.5 million people, making it somewhat of a political powerhouse in Spain.

Although the city of Madrid has only been around for around 1,200 years, the term “Madrid” has been around for a lot longer. The Arabic influence we discussed earlier is again at play and it is thought that the settlers had referred to “Mayrit” or “Magerit”, which could be translated to mean “place of abundant water”.

Some oppose this theory though and think that the Romans had named the city “Matrice” around 2,200 years ago. We like either of these theories and one thing is for sure, the term and its derivatives have been around for some time and make the city’s history quite fascinating.

Madrid is undoubtedly a student city

Madrid is undoubtedly a city of students, with many of the universities found here having a sterling reputation in the world of education. University Charles III and Universidad Complutense are two of the best, but you will find more around the city and indeed, across the nation of Spain.

Our luxury student accommodation in Madrid is located in the student hub of Aravaca and really is the epitome of style and sophistication. Part of our Prestige Collection, our properties have private gyms, movie theatres, libraries, private kitchens and unrivalled security and surveillance plus much, much more.

You can find out more by exploring our Madrid properties right here at the Collegiate Spain site and we are already taking reservations for September 2018. If you need any more information whatsoever, then feel free to call our friendly advisors, who speak both Spanish and English, on +34 (0) 917 578 503.